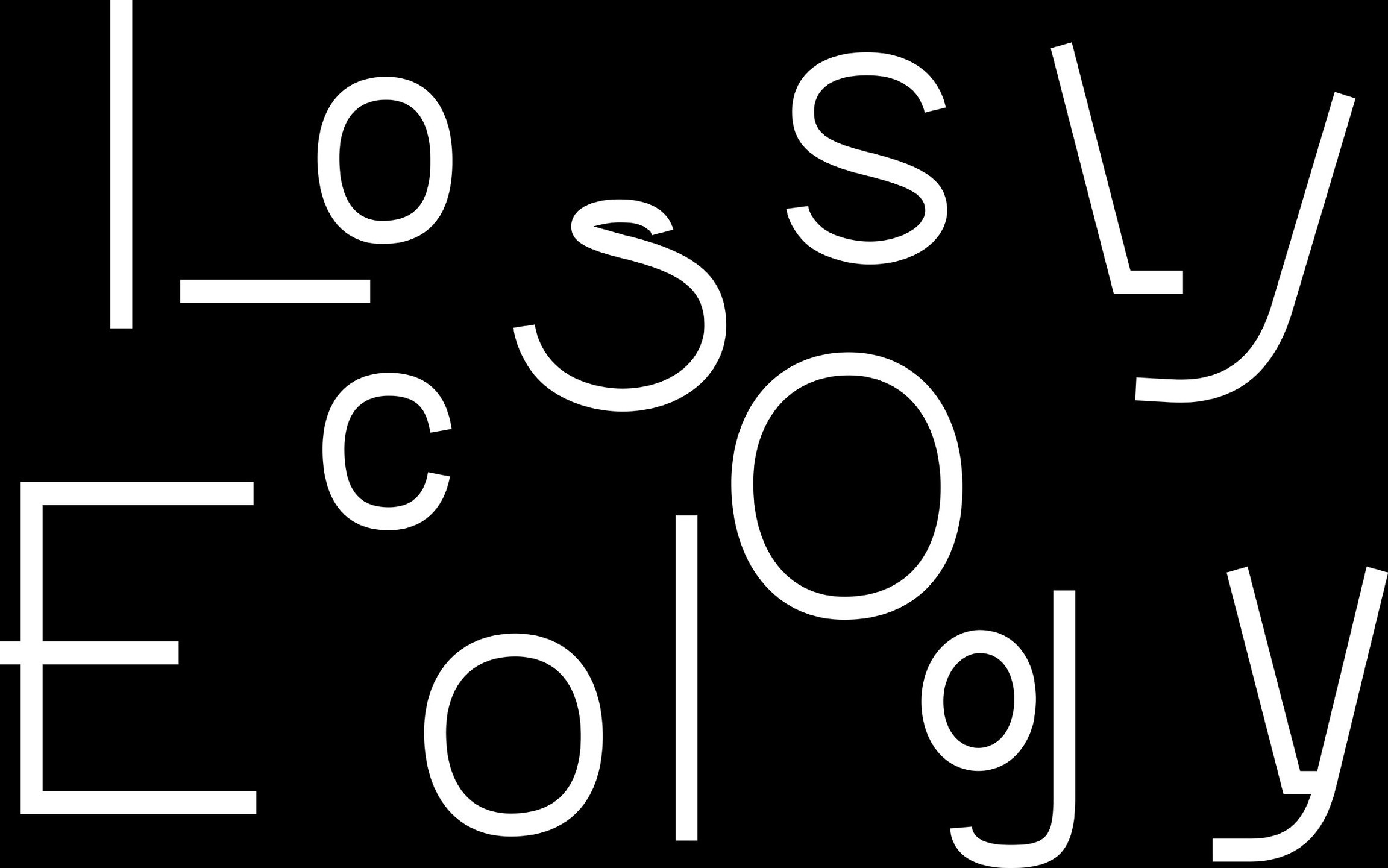 Neurodiversity seeks to embrace and de-pathologise people with uncommon perception and communication tendencies.

Disability Justice is a framework that examines disability and ableism with the understanding that able-bodied supremacy has been formed in relation to other systems of domination and exploitation.

Lossy Ecology seeks to contribute to the intentions of these frameworks by interrogating the universalist assumption that a single, factual reality exists, within which embodied differences can be objectively measured and defined.

Lossy Ecology does so by outlining a loophole [exit route], getting science to eat it's own tail [tale]; using neuroscientific theory on how differences in perception necessarily lead to different ways of filtering experience and making sense and modelling 'reality'.

This loophole undermines the scientific universalism with which pathologies such as autism and ADHD are constructed, showing how they not only conceal social biases, ideological roots and political agendas - but also less common embodied means of knowledge-production; languages, insights, cultures, systems,  tools, meanings, and relational structures... that emerge out of what has been denied legitimacy, or else regarded as incorrect, enigmas or nonsensical.

The term Lossy Ecology refers to the notion of a symbiotic permaculture of realities (compressions/filtered viewpoints) which can account for the multitude of embodied realities across humans, and beyond. 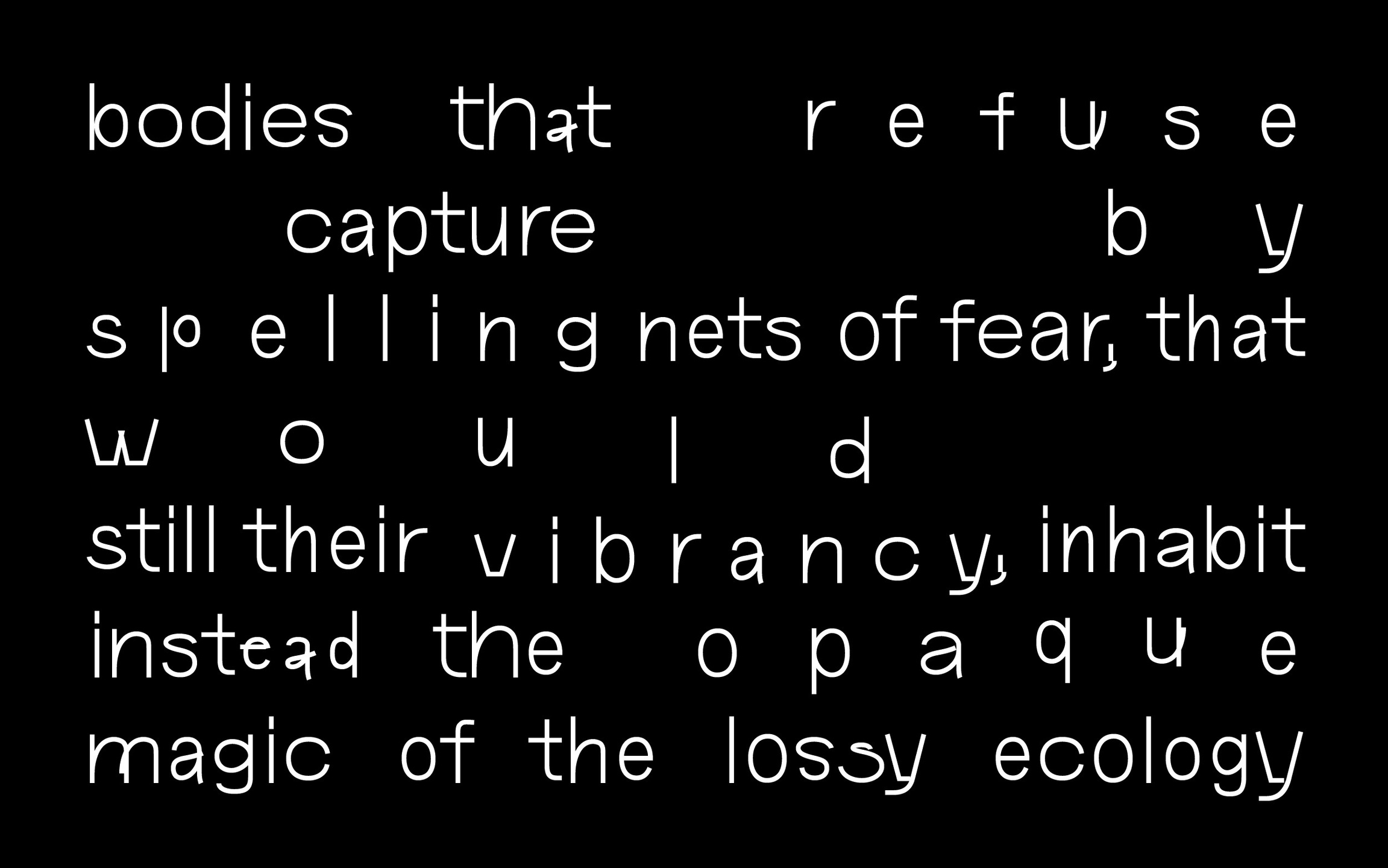 Within whose models of reality are our bodies being defined?

According to neuroscience, reality is modelled by how we prioritise, compress or exclude aspects of experience into a workable and communicable consensus. Our sense of 'self', 'world', 'future' etc are determined by our bodyminds, our past experiences, how we are socialised into specific ideas and values and roles, and what our tools afford us...

‘If we were to look at animals or artificial intelligence, there might be completely different kinds of models of self, and of the world?

They would have a different model of their body, and that would potentially influence their model of the world. Even in robotics and cybernetics, there are ideas about how important the model you have of your own body is for the model of the world that you construct. The way in which you interact with the world has to do with the kind of affordances that you have, which are dependent on your body.

Yes in the sense that, according to predictive coding, we don’t perceive a reality as such, we just perceive whatever is not predicted by our model – which is the prediction error.'

Artist book introducing a new framework for conceiving of the outlier body/self that is not static, restrictive, or dependent on fixed identity, social or economic currency, or particular notions of desirability, appearance, ability…

'Stimming' is re-conceived and re-worded [re-worlded] as re-turning, re-membering, and refusal.

The 'self' as unrepresentable multitudes, energetic formations, ever-evolving, interdependent, and unfolding within the fabric of an inter-connected universe. 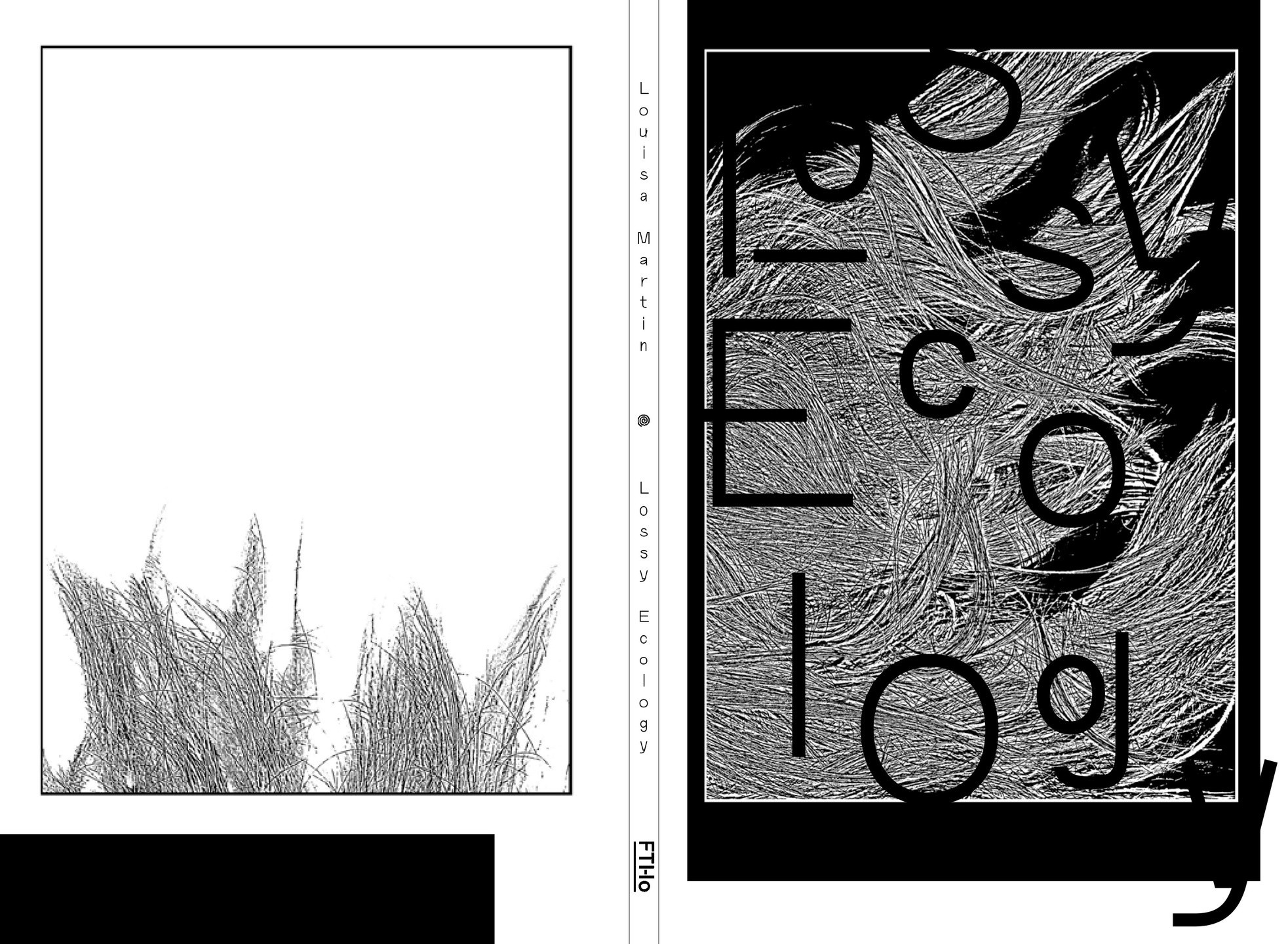 LOSSY ECOLOGY takes as it's starting point a 1965 copy of LIFE magazine, and THIS article documenting the electro-shock "treatments" of autistic children including 9 year old Pamela. The film features contortionist Tommaso Di Vicenzo who enacts the contorted vision of Pamela. The film 'enters' the floral pattern in the her clothing, in a dissociative reconfiguration of the senses.

Technical Rehearsal of a Lossless Body, 2017

Sculptural and sound works. First exhibited at Cubitt, London. Photo: documentation of work exhibited at ...at least a provisional way to settle in one place..., Komisario Berriak, Artium and Montehermoso, San Sebastian 2016, Spain 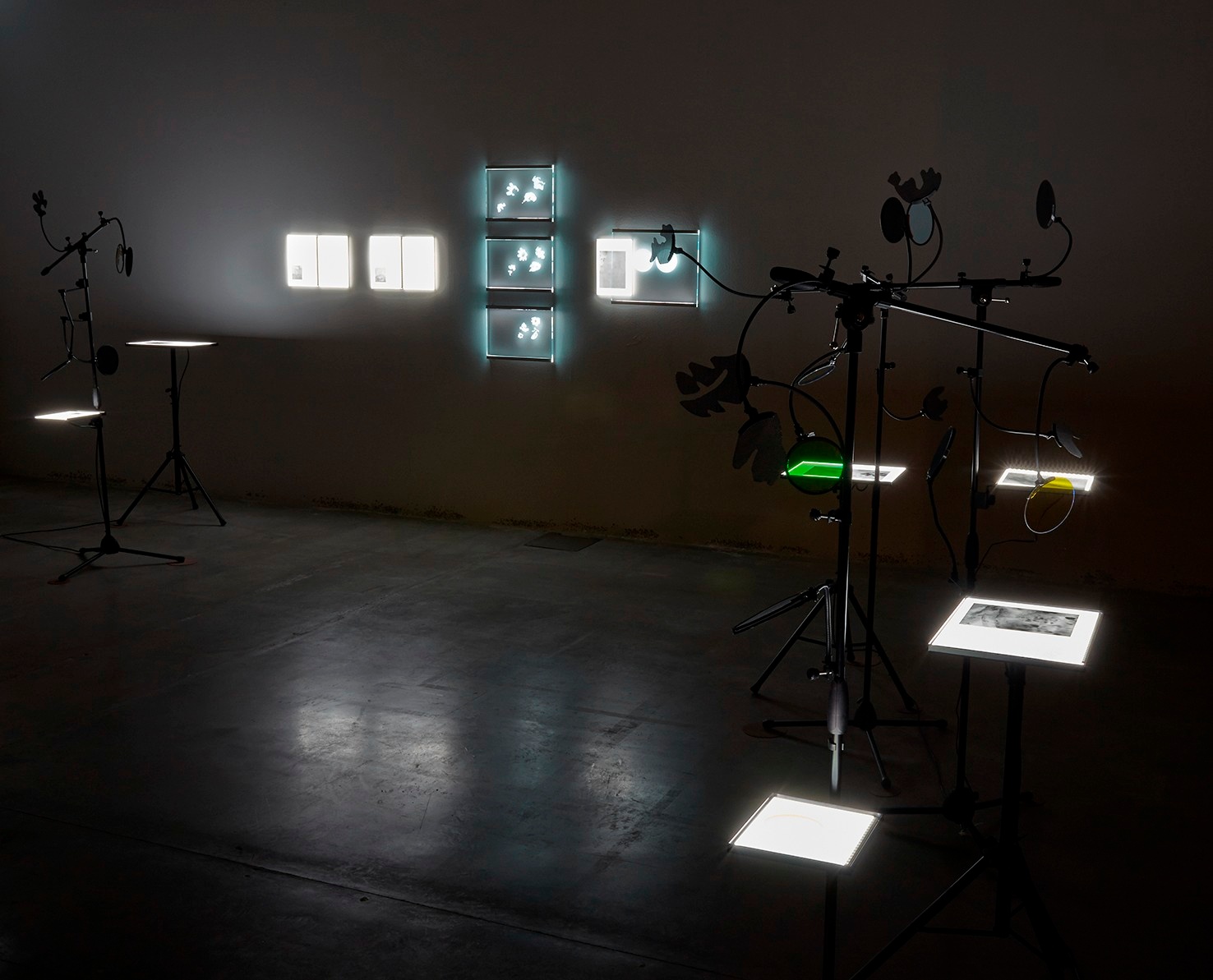 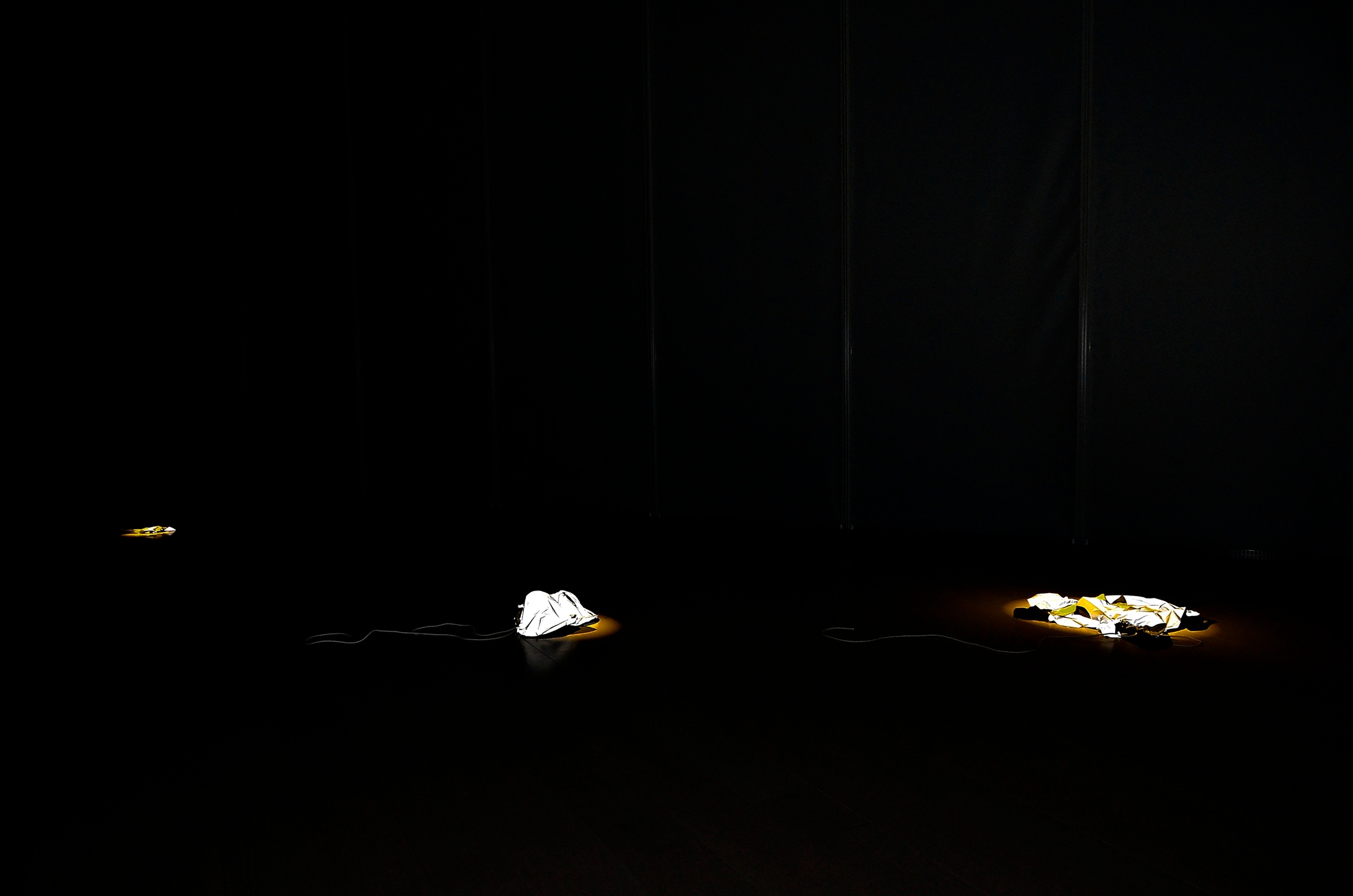 Dress Rehearsal for a Lossless Body, 2018

A body-less performance; sound and light direct attentional focus on audience and transmit specific sensations and physiological state into the body of the audience.

By subscribing you agree to receive emails including occasional offers and promotions relating to The SOLA System + siblings. Unsubscribe at any time.